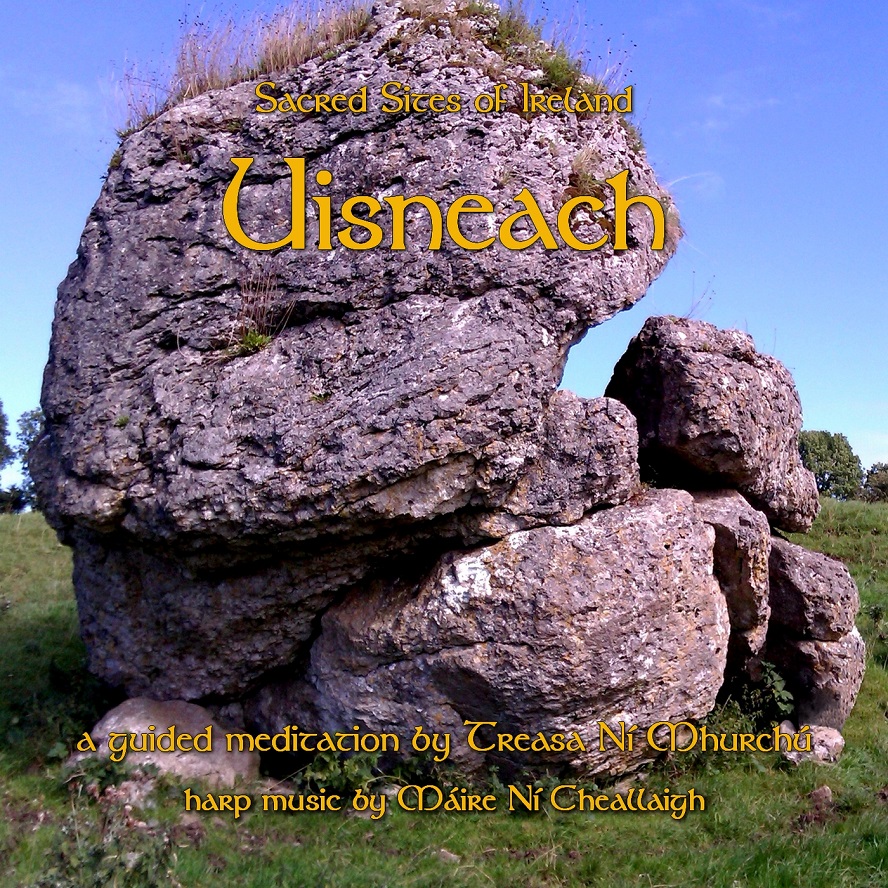 Introduction to a Guided Meditation from Uisneach

The Hill of Uisneach is a very special place, with a rich history both in ancient Celtic mythology and recorded historical events.  It is the very centre of Ireland geographically, and is sometimes called the Navel of Ireland.  It is connected with ley lines and sacred geometry and was where the five provinces of Ireland met, the fifth province being Mide in ancient Ireland, or perhaps the magical otherworld, which is reportedly accessed through the Cat Stone.

Aill na Mireann, the Stone of Divisions, the heart of Uisneach, marks the exact centre of the country.  It is commonly called the Cat stone because its shape resembles a cat crouching over a mouse.  The Cat Stone is said to be the burial place of the goddess Eriu, from whom Ireland, Eire in gaelic, got its name.  Eriu is the Celtic goddess of sovereignty.  She was one of the Tuatha de Danann and is described as an earth goddess and mother goddess.  It was traditional for the King to perform an inauguration ceremony to marry Eriu at the Cat stone, tying his fortunes to those of the land.

The Ancient Walkway connected the royal sites of Uisneach and Tara, and its remains can still be seen today.  Uisneach predated Tara as a royal residence for the High Kings of Ireland.

The Ancient Palace at the top of the Ancient Walkway is said to be the remains of the palace of King Tuathal Techtmar, from the first Century AD.  It was also the palace of the Dagda, the Celtic God of the Earth, known as the Good God, and ruler over life and death.  He was one of the High Kings of the Tuatha de Danann, and the stables for his solar horses were found on the north side of the hill.

Lugh, another High King of the Tuatha de Danann, God of Light and God of the Harvest was reportedly drowned in a lake on the hill, which has been named Lough Lugh, and he is meant to be interred here in a burial mound.

The Celtic goddess Brid, goddess of Fire and Water, the Goddess of Fertility and Bringer of Light was worshipped at Uisneach in ancient times, and there is a well named after St Brigid on the hill.

Uisneach is connected with the ash tree. The “Branching Tree of Uisneach” planted by Fintan the Ancient was an ash.  The ash tree is sacred to the God Lugh and is known as the tree of enchantment.  Druid’s wands were often made from ash.  Ash is the tree of rebirth, of divination and of protection.   The ash tree is associated with wisdom and spiritual knowledge.  The Tree of Life is said to be an ash tree.

For this meditation we will be visiting the Hill of Uisneach, holding a sacred fire ceremony using ash wood at the top of the hill and taking part in a rebirthing ceremony with the goddess Eriu at the Cat Stone.

This meditation is available as both a CD and an mp3 download.