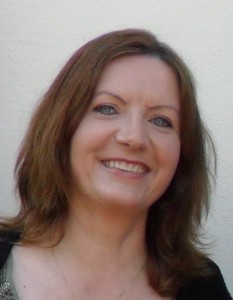 Treasa provides private and public Guided Tours at Sacred Sites, specialising in Spiritual Tours.  She is a qualified Tour and Heritage Guide (QQI Level 6) and a member of the Independent Tour Guides Association.

Treasa facilitates classes and workshops at various locations, contact her for details of upcoming events.

Treasa is the Event Co-ordinator for the Loughcrew Oldcastle Equinox Festival and has facilitated workshops there as well as at other events including Rathcroghan Goddess Festival, Eigse Spiriod Ceilteach, Uisneach Fire Festival and Feile Draiochta.  She appeared on the hit US TV Series Ghost Adventures Celtic Halloween special in 2014.  She was  producer and presenter of a weekly radio programme, Healing in Harmony, on WDAR for 18 months, until the station’s closure in November 2014 and is often asked to contribute on other stations.  She wrote a series of articles on Sacred Sites in Ireland for Irish Roots magazine and has worked with Courtney Davis, providing text to accompany his Ancient Echoes series of paintings.  Courtney and Treasa are currently working on a book together, Ancient Echoes – Irish Goddesses.

Treasa has studied diverse subjects from Tarot reading, to channelling to trance mediumship and sound healing with internationally renowned teachers including Barbara Lee, Janet Farrar,  Eloha Ferin, Jhadten Jewall, Adam Higgs and Jan Linch.   She is a pagan, following her own path of indigenous Irish spirituality in modern day life, a Ban Draoi, an Eclectic Witch, a Priestess of The Morrigan and a Priestess of Lugh.  She is a Keeper of the Well, and a Keeper of the Flame of Tlachtga.  She is a member of Pagan Federation Ireland and Pagan Life Rites.  Treasa has been following her own solitary magical path for years, but recently decided to join a group and is now studying progressive witchcraft with a group in Kells Co. Meath, led by High Priestess Gemma McGowan.

Treasa is a keen amateur archaeologist and has been involved in a number of excavations in County Dublin, Meath and Wicklow.  She is a member of Resurrecting Monuments Community Archaeology Group.  She is currently studying for her MSc in Experimental Archaeology and Material Culture in UCD.

Treasa has a qualification in Addiction Studies (Level 7) from NUIM and a B. Bus. (Hon) in Entrepreneurship from IADT, where she achieved First Class Honours and also won an Excellence Award from Dun Laoghaire Rathdown LEO.